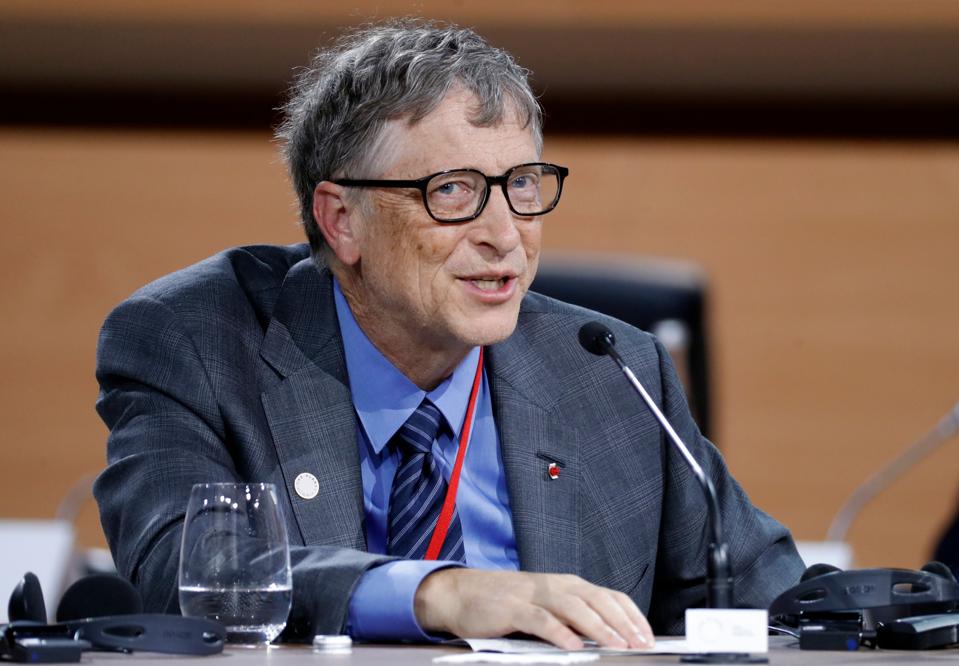 Bill Gates is about to address thousands of top executives, bankers and investors at the year’s biggest healthcare industry gathering. His message to capitalists: Join us, and we can change the world.

“No matter where I go, no matter who I talk to, there’s one point I always try to get across,” Gates will say at the annual J.P. Morgan Health Care Conference today in San Francisco, according to prepared remarks shared with FORBES. “It’s been my key message for more than a decade. It’s that health is getting better, and it’s getting better faster than ever before.”

In the prepared remarks, Gates then moves into one of his patented (well, no, but he should consider it) fact dumps: Since 1990, the world has cut child mortality in half. HIV? No longer a death sentence. Neglected diseases? Not as neglected.

But then he reverses course, and emphasizes the building challenge.

“This year, five million children under the age of 5 will die, mostly in poor countries,” Gates says. “And hundreds of millions of others will suffer from diseases and malnutrition that sap them, and their countries, of their strength and their potential.”

What follows in Gates’ speech is an assignment list for capitalists who want to improve the world — as Gates inarguably has since he left Microsoft to focus on philanthropy — and an offer to help them do so.

“It’s true that government-funded basic science research shines a light on promising pathways to health advances,” Gates says. “Philanthropy can help nurture the best ideas through discovery and development and balance the risk-reward equation for private-sector partners. But industry has the skills, experience and capacity necessary to turn discoveries into commercially viable products.”

Global health, he says, needs the private sector. But he also points out that impact and earnings are not mutually exclusive.

One of Gates’ big topics is a favorite of those in pinstriped suits: lowering regulatory barriers. He notes that it can take at least four years to get a product approved in a developing country, compared with no more than one year in a developed one. The Bill & Melinda Gates Foundation has been working with the U.S. Food and Drug Administration to change that. He also advertises that the foundation has invested $12 billion in global health over five years.

What’s different now, Gates argues, is that the interests of the Gates Foundation and biotech and pharma — once divergent, as when Gates wanted a vaccine for malaria and, despite GlaxoSmithKline’s efforts, it was not an industry priority — are converging. Hot areas in pharma like harnessing the immune system to tackle cancer, understanding the brain to treat Alzheimer’s and addressing how the body absorbs nutrients to address obesity could all be redirected to help public health, too.

The immune system? That could tackle HIV, malaria and TB, too. Malnutrition? Maybe it’s the flip side of obesity, and we can understand both at the same time, Gates hopes. He himself has invested $100 million in Alzheimer’s startups, but it’s not in the remit of his foundation, he says. Still, cognitive problems afflict millions of people in poor countries.

Can’t your anti-cancer T-cells cure HIV? Can’t your companies focused on the human microbiome help combat obesity? Gates name-checks VIR Biotechnology, a company that has raised $500 million from venture capitalists and the Gates Foundation to combat infectious diseases. He also notes that the foundation has invested in Immunocore, which is using T-cell tech to stimulate the immune system, and CureVac and Moderna, which are using messenger RNA, an internal messenger chemical inside cells, to create new kinds of vaccines. These vaccines, Gates says, could be cheaper, easier and faster to make than existing ones. Gates argues that to deal with a fast-moving airborne virus — like a super flu — we’d need to develop a vaccine in 90 days, not the 10 years it usually takes.

Right now, we don’t understand why five million children, half of them newborns, will die this year, Gates says. He hopes new genetic tools will be able to answer those questions. The foundation is funding a 20-year study in Southeast Asia and Sub-Saharan Africa that will give epidemiological data about what is causing stillbirths there — which could help people in rich countries, too, Gates says.

The Gates Foundation is also supporting the work of Sera Prognostics to develop a blood-based diagnostic to predict when women are at risk for early delivery. It just went on the U.S. market. Probiotics, neuroimaging and still-undiscovered treatments for malaria and tuberculosis all get name-checked as well.

“[When] I think about the breathtaking pace of innovation in just the last 10 or 20 years, I believe that even more extraordinary things are possible in our lifetime,” Gates says. “I can think of no more noble purpose than erasing the divide between those who suffer the relentlessness of disease and poverty and those of us who enjoy good health and prosperity.”

After Gates’ prepared remarks, Sanjay Gupta joined him onstage for an interview. In addition to audience-pleasing lighter questions like Gates’ greatest extravagance (he doesn’t fly commercial–“I highly recommend it”) and what job he’d be bad at (“I’m very spoiled, I get to learn new things and meet with smart people, so most jobs would not be attractive to me”), Gupta asked about Gates Foundation partnerships with private companies that haven’t quite worked out yet, the future of government funding for research, and a project he almost gave up on.

The Gates Foundation’s work with Amyris, a company trying to engineer yeast to make the malaria drug artemisinin, hasn’t paid off yet, he said, but it still has a lot of promise if it can get the yields up. The Foundation’s support of Anacor Pharmaceuticals’ work with boron chemistry to develop drugs for parasitic worm diseases, “was an economic success because Pfizer bought them,” Gates says, but the Foundation needs to make sure the indications they were interested in don’t fall by the wayside.

Gates isn’t concerned about the NIH budget after the passage of the 21st Century Cures Act, nor the prospect that by some measures China’s government funding on research is on pace to outstrip the U.S.’s in 2022. But he does think a healthy sense of competition can be useful. If the “red scare” of China surpassing the U.S. in research spending directs more money to the NIH, so much the better, he says. “Biology is a game where you want more people to play.”

As for a daunting project, Gates names the goal of eradicating polio. He’d expected to be done with that in 2000, but in 2007 there were still thousands of cases in India. “It was a real decision whether give up or not,” as the Gates Foundation contributed 10% of funding, and other funders were considering backing off. If they committed, they might become the funder of last resort and have to put even more money into the cause. “We decided to stick with it. Ask me in two years whether it was smart or not.”

We focus on investment opportunities within the healthcare and life science markets where we can identify value in the early stages.